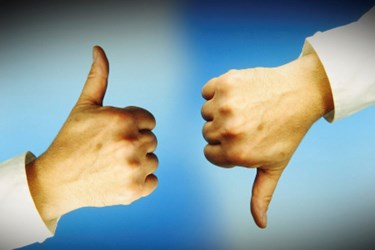 A newly-formed partnership with ProPublica adds medical information to Yelp.

As performance ratings and efficiency become increasingly important in healthcare, particularly with the Centers for Medicare & Medicaid Services (CMS) tying reimbursements to HCAHPS scores, public review sites are popping up to help consumers make the best decisions about their healthcare providers.

With greater emphasis placed on patient satisfaction as hospitals try to find ways to make the shift from fee-for-services to value-based reimbursement, patients now have two new resources to turn to in making healthcare provider decisions. One is a website developed by Analytics MD that provides rankings based on CMS data, the second is a U.S. News evaluation which rates hospital performance on five common medical procedures and treatments.

And now, Yelp has announced a partnership with ProPublica that is bringing medical information to the review site. Yelp will provide statistics for 4,600 hospitals, 15,000 nursing homes, and 6,300 dialysis clinics across the country, compiled by ProPublica from their own data and that of the Centers for Medicare and Medicaid Services (CMS). Updates will be provided quarterly.

“Now the millions of consumers who use Yelp to find and evaluate everything from restaurants to retail will have even more information at their fingertips when they are in the midst of the most critical life decisions, like which hospital to choose for a sick child or which nursing home will provide the best care for aging parents,” Yelp CEO Jeremy Stoppelman said in a blog post.

The healthcare statistics will include:

According to WebProNews, Yelp started showing health scores on restaurant listings in San Francisco and New York City two years ago, and has since added the service in other areas as various municipalities have adopted the system. Last year, it was actually able to help health officials in New York find hundreds of cases of food borne illness. Earlier this year, WebProNews reported Yelp formed an open data partnership with Socrata to distribute restaurant inspection information.

However, consumers should beware that not all public reviews reflect accurately on hospital conditions, as a study published by JAMA has found. According to the study by lead author Dr. Karl Bilmoria, director of the Surgical Outcomes and Quality Improvement Center at Northwestern University, hospitals most often penalized by the CMS for not reducing hospital-acquired conditions are those that do well on other publicly reported quality measures and are accredited by the Joint Commission.

As Nancy Foster, vice president for quality and patient safety policy for the American Hospital Association told Modern Healthcare, “Fundamentally, American hospitals believe that it’s really important that patients have information about the quality of hospitals,” however, “people should use a variety of information for such an important decision as where you get care.”