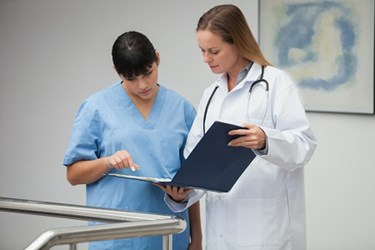 A Rock Health survey found that, although women make up a majority of decision makers and most of the workforce in healthcare, few serve as CIOs, executives, and board members.

MedCity News reports gender diversity has been shown to create positive trends - for example, companies with female CEOs outperform those without on the stock market, and companies which include women on boards outperformed those composed entirely of men by 26 percent.

“The fact that women are making the majority of healthcare decisions makes us especially disappointed that they haven’t been able to penetrate the leadership of these companies,” said Halle Tecco, founder of Rock Health. Also of note from Rock Health’s survey of more than 400 women in the healthcare was:

“Let’s get together and support one another,” said Tecco. “Empower your colleagues to promote gender equality in the workplace. This month we challenge you to reach out to that mentor, manager, peer, or mentee with whom you’ve been meaning to connect with.”