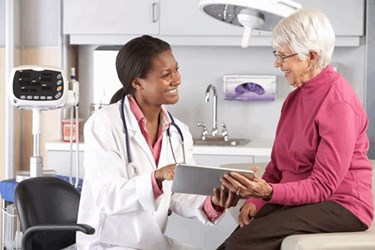 Research published by The British Medical Journal (BMJ) highlights the need for hospital setting variations to accomplish positive patient outcomes. The study found some 10,000 relatively healthy Medicare patients die within seven days of discharge from emergency departments each year “despite no diagnosis of a life limiting illness recorded in their claims.”

According to the study, nearly 20 percent of the U.S. population visit emergency departments each year which means the decision to admit or discharge a patient from the ED is made hundreds of thousands of times every day. Researchers finds there are two types of errors in these decisions: avoidable admission to the hospital, and avoidable harm (i.e.: discharge of patients who actually needed further monitoring or treatment as inpatients).

“There’s a lot of policy interest in reducing unnecessary admissions from the ED,” said Ziad Obermeyer, MD, MPhil, a staff physician in the Department of Emergency Medicine at BWH. “We know hospitals vary a lot in how often they admit patients to the hospital from the ED, but we don’t know whether this matters for patient outcomes.”

Most of the deaths identified in this study occurred in hospitals that infrequently made inpatient admissions from the ED, and patients affected most frequently die from heart disease or chronic obstructive pulmonary disease (COPD). The results of this study and others suggest socioeconomic status plays a role in outcomes with low-income patients seeing the most dramatic impact. In fact, the research demonstrated patients admitted to EDs at particular hospitals were much more likely to die than those at other institutions. Deaths were far less likely at university-affiliated hospitals than at rural ones, which less frequently employ dedicated internists.

Socioeconomic status is frequently cited by researchers investigating quality gaps, and some suggest this status contributes to poor outcomes at low-performing hospitals and these poor outcomes are outside hospitals’ control. The BMJ study authors gave the example of patients who are eligible for taxi vouchers through public health plans but live in areas where taxi service is not available, increasing the likelihood of complications following an ED visit.

“The variation in outcomes that we observed may be linked to gaps in medical knowledge about which patients need more attention from physicians, as well as the geographic and socioeconomic context of emergency care. Access to resources varies dramatically across hospitals,” said Obermeyer, who is also an assistant professor at Harvard Medical School. “Obviously not all patients can or should be admitted to the hospital. But we need to focus on admitting the right patients, rather than admitting more or less. I’m optimistic that advanced analytics and better data will help physicians with these kinds of decisions in the future.”