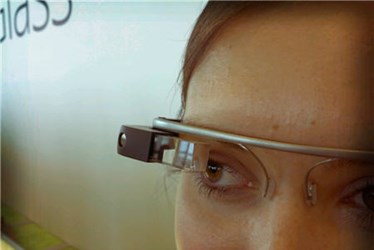 Jiff data shows there is great promise for the inclusion of wearable devices in the workplace.

In a recent study, employees at 14 large employers indicated they are ready for wearables at work, according to data from Jiff. And while doctors perceive they are on board with the wearables movement, patients are not so sure.

In fact, a recent Nielsen survey found while 40 percent of physicians said they have recommended wearables to their patients, less than 5 percent of patients say that their doctor has suggested the technology to them, as Health IT Outcomes reported. One way to bridge this gap is through workplace adoption and support of the devices.

Approximately one-half of employees have participated in a well-being activity or wellness program in the last year, according to the survey, while approximately two-thirds of employees said employers should actively encourage employees to live a healthy lifestyle. And nearly one in three employers surveyed offered a wellness program that incorporated wearables; another 23 percent considering a wearable program in the future.

With consumer health and wellness representing a $135 billion market, it is not surprising consumers are open to employer support in their efforts to attain improved health. Yet the actual value of wearables devices in improving healthcare outcomes is still not entirely proven. One recent study found wearable devices didn’t help patients achieve better results in a weight loss intervention program.

Jiff's results do suggest patients can sustain progress using wearables in a workplace wellness program. With employer support, users experienced more sustained participation of wearable device programs, compared to the average one-third of wearable device users who generally abandon the technology. The study also found it was not just younger employees who expressed interest in wearable devices. In fact, 53 percent of both the under 30 and the 30-40 year old employees said they would adopt wearables. And for 40-50 year olds, it was 41 percent.

Employers are now rethinking the role technology plays in their benefit communications, reorienting from static program descriptions to more “marketing” mindsets, according to Joshua Ellison, Senior Consultant, Willis Towers Watson. The study found employers can indeed have a significant impact on engagement by using employer-sponsored challenges, device credits, and behavioral incentives. And while these do require an investment, they also provide an additional VOI (value on investment) through maximizing participation.

The findings of the report were presented in an October 19, 2016 webinar by Jiff and Willis Towers Watson.