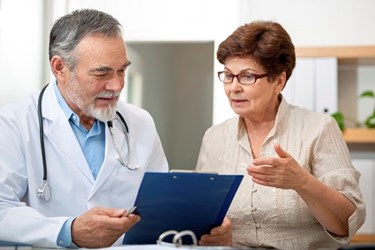 An AARP report demonstrates most older adults in America are open to using mobile devices but are hindered by physical barriers and complicated apps.

In some cases, older Americans are set in their ways. However, new research conducted by AARP showed mHealth is one new thing seniors are willing to try. According to the study, while open to using mHealth devices, seniors expressed a need for simpler and easier to wear devices.

Fierce Mobile Healthcare explains that for the study, nearly 100 elderly patients were provided with activity and sleep tracking devices that they were instructed to use for a period of six weeks. Effectiveness and usability were participant’s top concerns after the trial.

Some participants said the devices were difficult to wear and 34 participants reported discomfort due to band inflexibility, incorrect band size, and clasps on wrist-worn trackers that irritated the skin. Some others even claimed to have developed a rash after wearing their trackers consistently.

Some participants did not finish the six-week period according to iHealth Beat, citing the following reasons:

Based on this research, the AARP study concluded the ideal mobile health device for those 50 and older would be informative, simple, accessible, invisible, instantaneous, targeted, and meaningfully engaging.